Notes on a Turkish Train Pass #2

Good evening, America. It's about 5:30 Monday evening, November 4, here in Tarsus. We're 10 hours ahead of you California folks. I know I should write more and intend to do so. Christine and I are just fine here, rolling along in the school year. We're staying busy with both of us teaching, and plenty to do in the evenings and on the weekends. Since I last wrote, we visited the city of Izmir, a beautiful town on the Aegean Sea, the West Coast of Turkey. It really has a European, cosmopolitan feel. Much more modern than Tarsus. While we were there, we made it out to Ephesus, the ancient historical city, now in ruins. We walked through streets and past monuments that people walked through three thousand years ago.
We also visited the house where many believe Mary spent the last years of her life in the care of St. John. The next day we went to Izmir's "agora," the town center in ancient times. For the first time in Turkey we experienced some really cold, windy weather. We had a week off in the middle of October, so we flew to Bodrum in the southwest corner of Turkey. It's by far the most picturesque place we've seen since we came here. We had a hotel right over the beach - great views but noisy with the nightlife. We also went over to the Greek Island of Kos for three days that week. Hippocrates, the father of modern medicine was from that island. It was such an interesting place to visit. We hiked around the harbor, saw the Odeum, the theater at the center of town centuries ago, and spent one whole day riding around the island on a rented scooter. That's right, kids. Your mom and me hauling around the cliffs, wind in our faces, laughing our butts off. It was a blast.
It's hard to believe we're in November already. Christine flies home on December 11 for a six week visit with all of you and to especially welcome into the world a very special someone who will be named later. She'll return in mid January, then she and I will be in Rome for eight days during our two week school break in late January and early February. Christine is in the gym right now working out with some of the lady teachers here. I'm listening to Mozart, nursing a cold, and feeling very snug writing to you. I hope you are all well. Please don't forget us while we're gone. And now here are some more "Notes on a Turkish Train Pass" and pictures for you.

We haven't watched TV since we've been here and don't miss it.

Going to the movies is interesting here. We've managed to find some American movies with Turkish subtitles. But they always stop the movie - SUDDENLY - right in the middle for an intermission. And when the movie is over, they turn the projector off. No credits shown.

There is a fantastic Greek white wine called Retsina. We enjoyed a bit of it when we were on Kos.

People here think Christine is Turkish and often walk up to her speaking Turkish. They even sometimes ask her if she has an American husband.

It's harder than hell to find peanut butter here.

There are many, many Syrian refugees everywhere you go in Turkey.

There are stray cats and dogs everywhere throughout Turkey.

This Wednesday I'll start an afternoon class teaching English to Turkish teachers. And on Thursdays, Christine and I take a Turkish class.

For the class bells here they play Beethoven's "Fur Elise."

And how about this. We went to a film festival last month in the neighboring town of Adana. Every movie we saw was free. That's the way all film festivals in Turkey are.

Last night, Christine finally got to go to mass in English. In Mersin, the town just West of us, Father Paul did a special English mass for all the Americans, Brits, Aussies, and Canucks in the area. She was very happy. 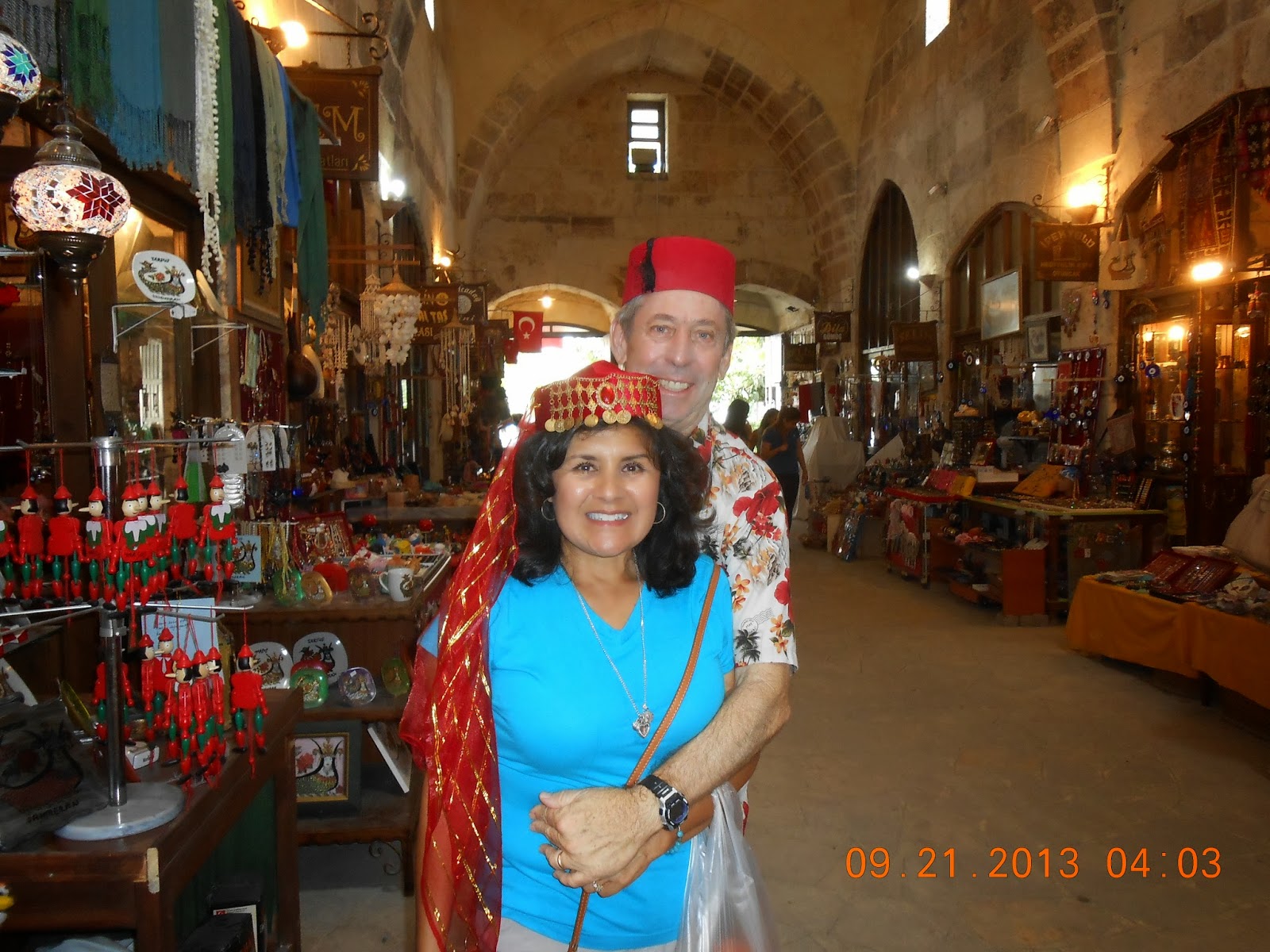 The bazaar in the oldest part of Tarsus. 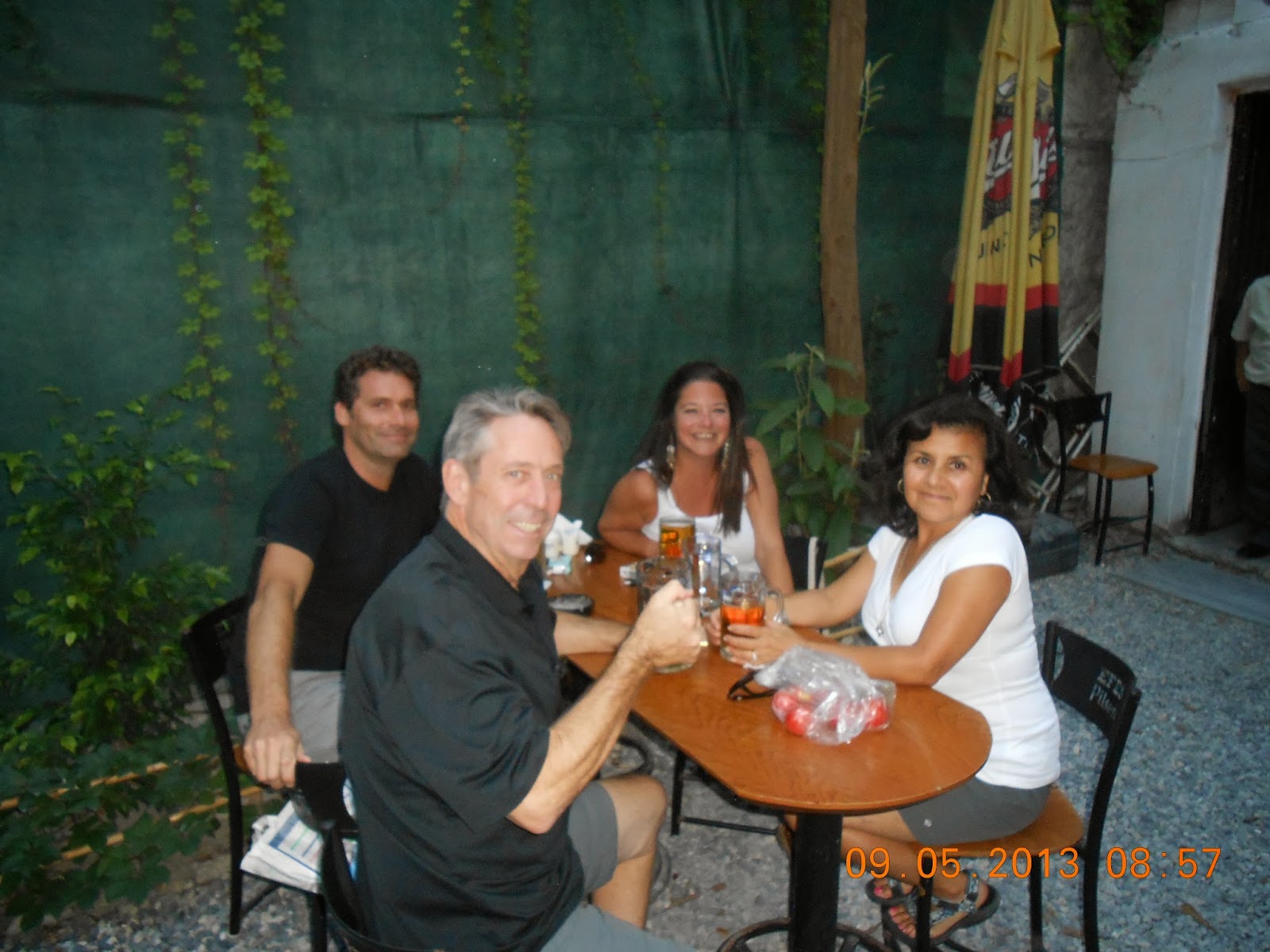 Teachers' evaluation meeting in our outdoor conference room down the Street. 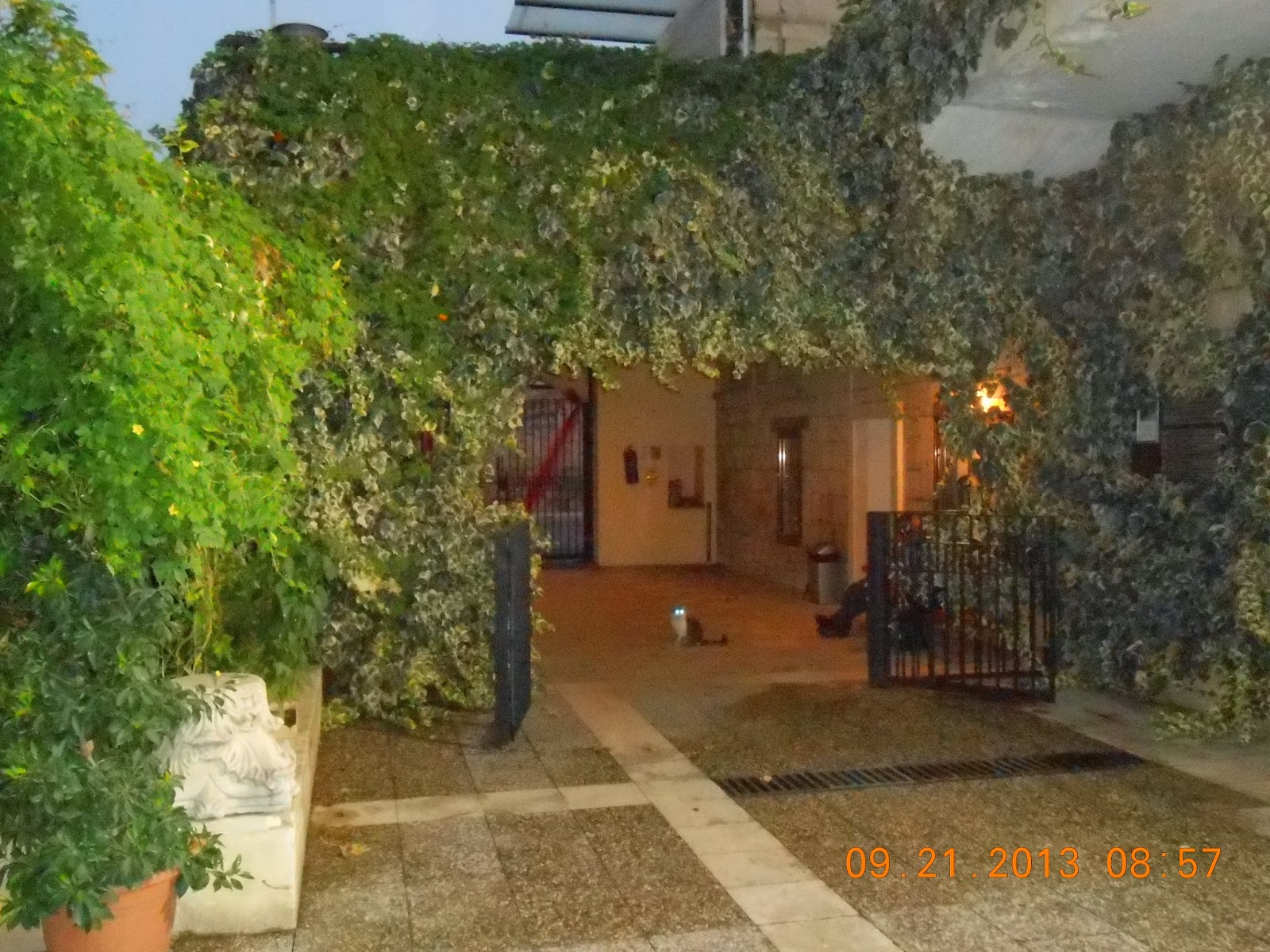 The gate leading off campus in the evening. 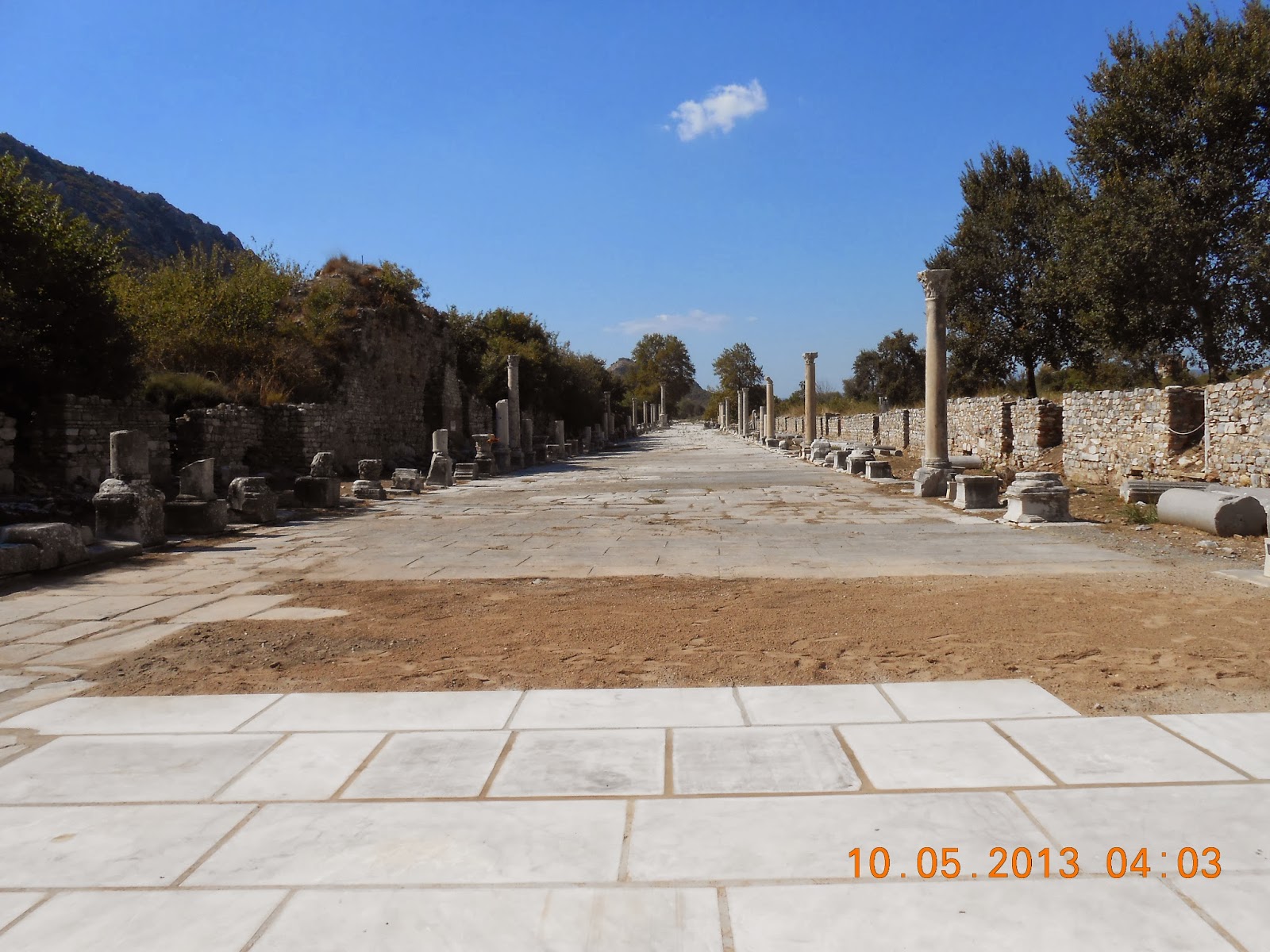 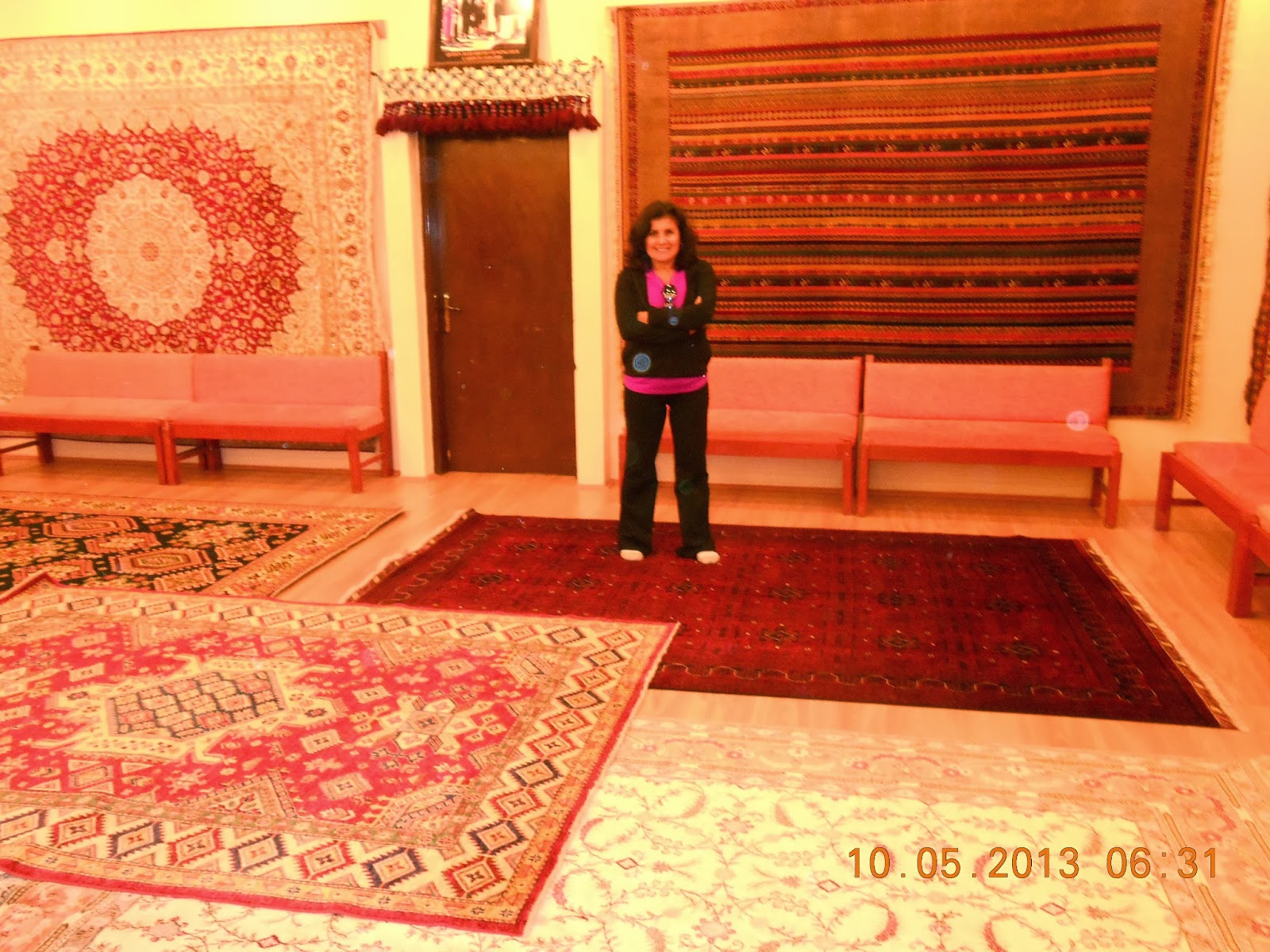 This was the scariest moment of our trip here. We stopped in a Turkish rug shop near Ephesus, where we saw them being hand made. These rugs range from two to eight thousand dollars or more. You know what she was thinking. Damn, I was in a tight spot there. 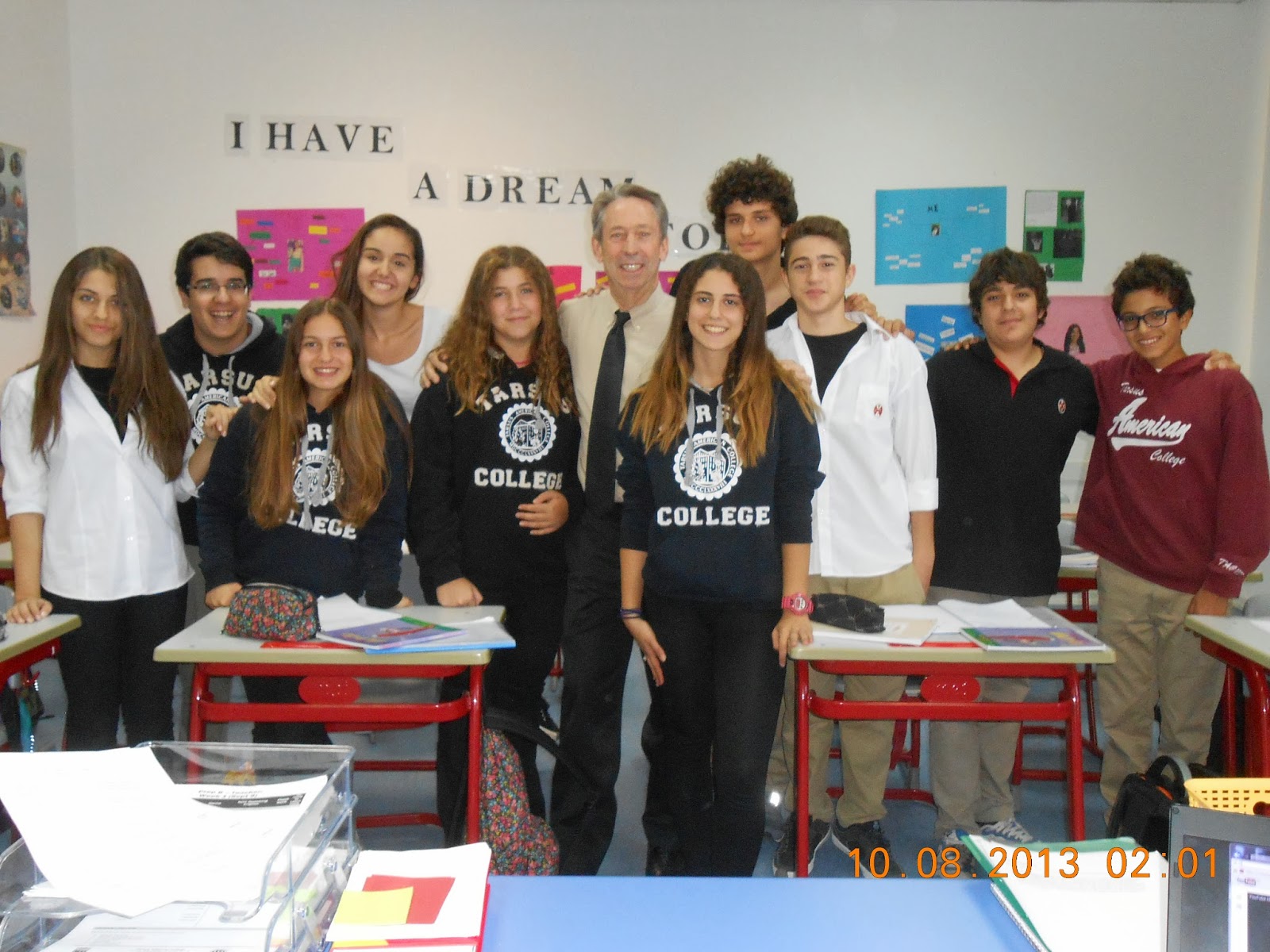 Here I am with my sweet little writing kids. From left to right Cansu, Can, Fem, Buket, İrem, Okyu,
Ege, Berhan, Tuna, and Yiğit. 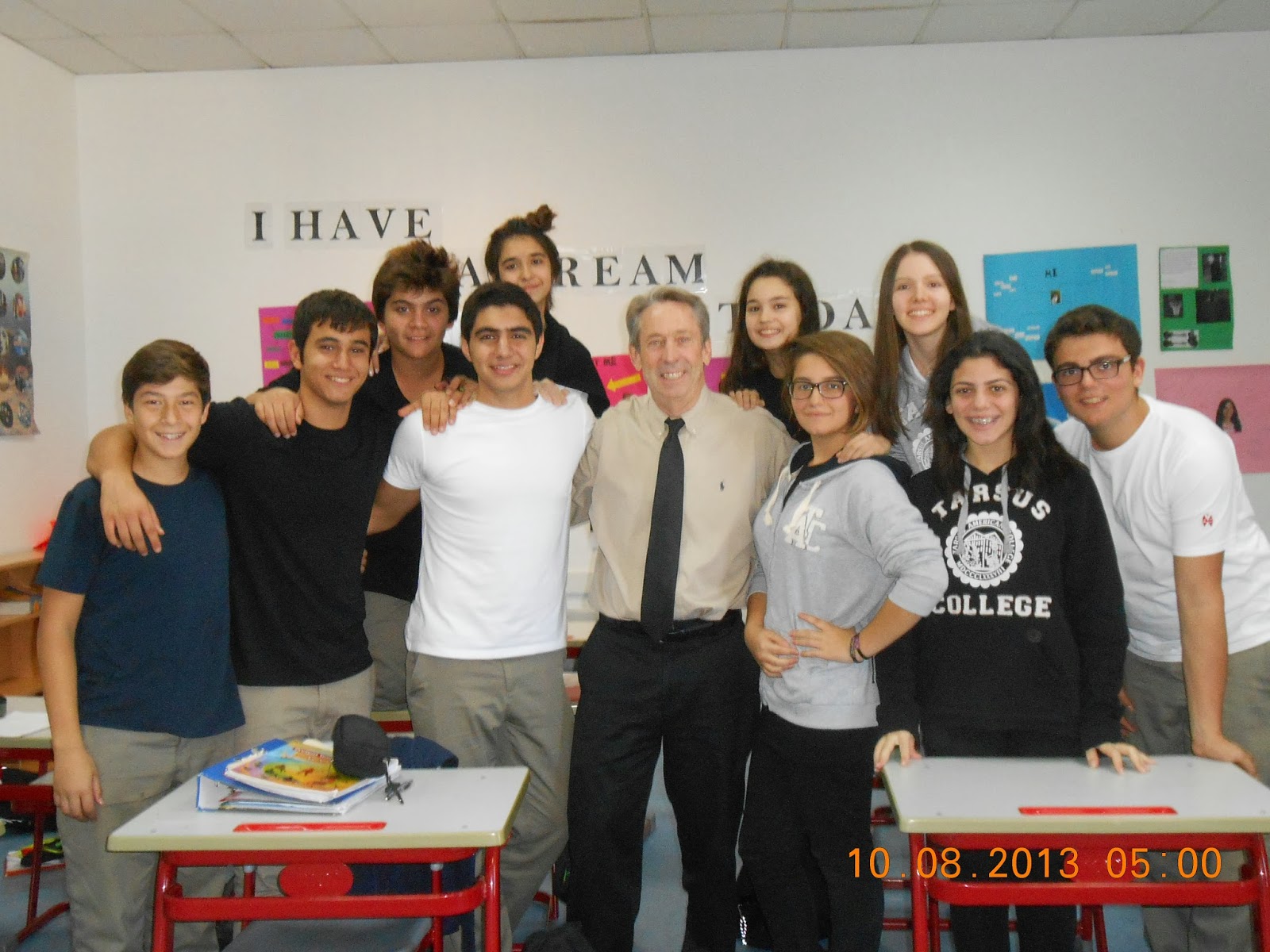 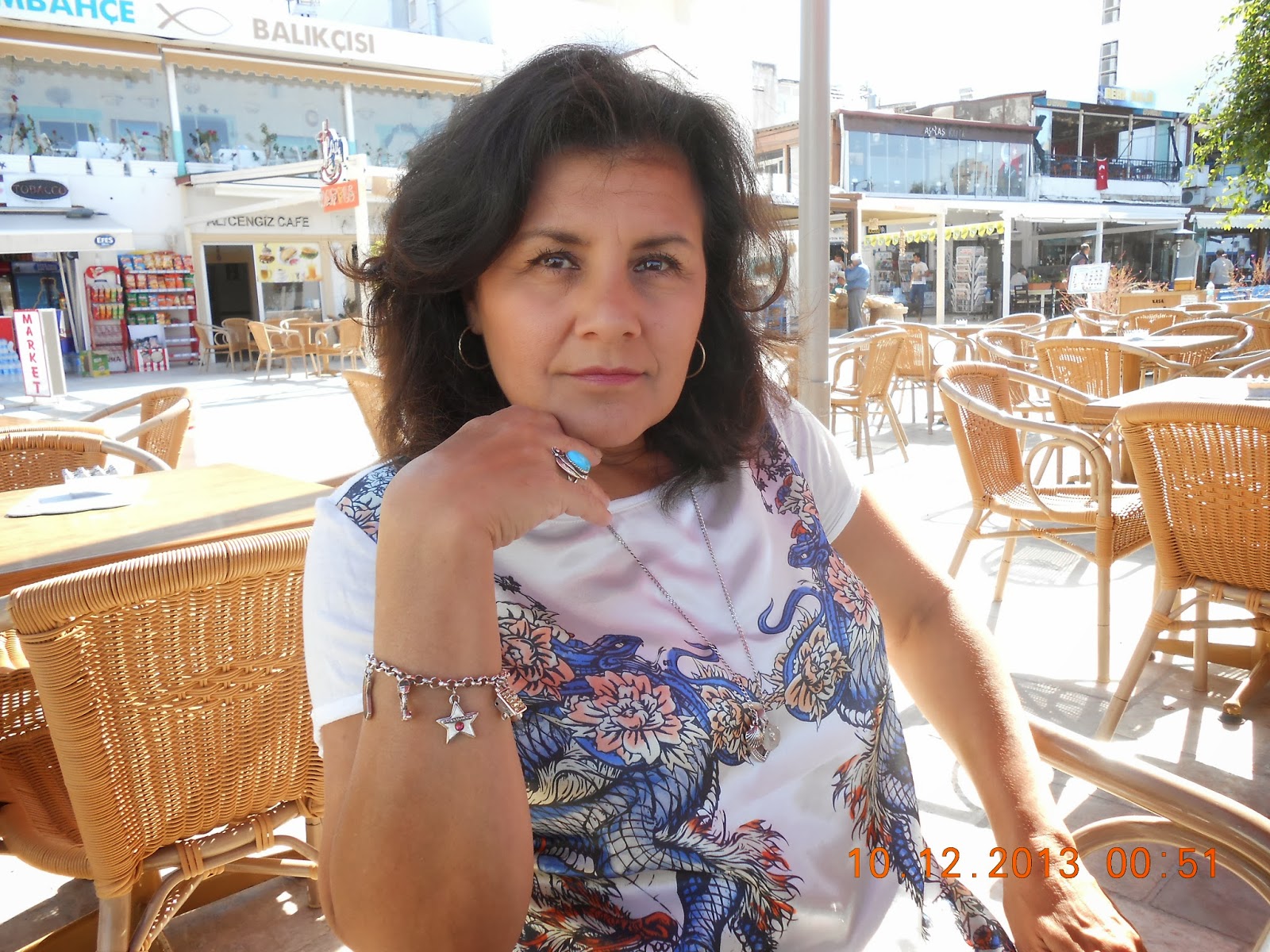 Bodrum by the sea. 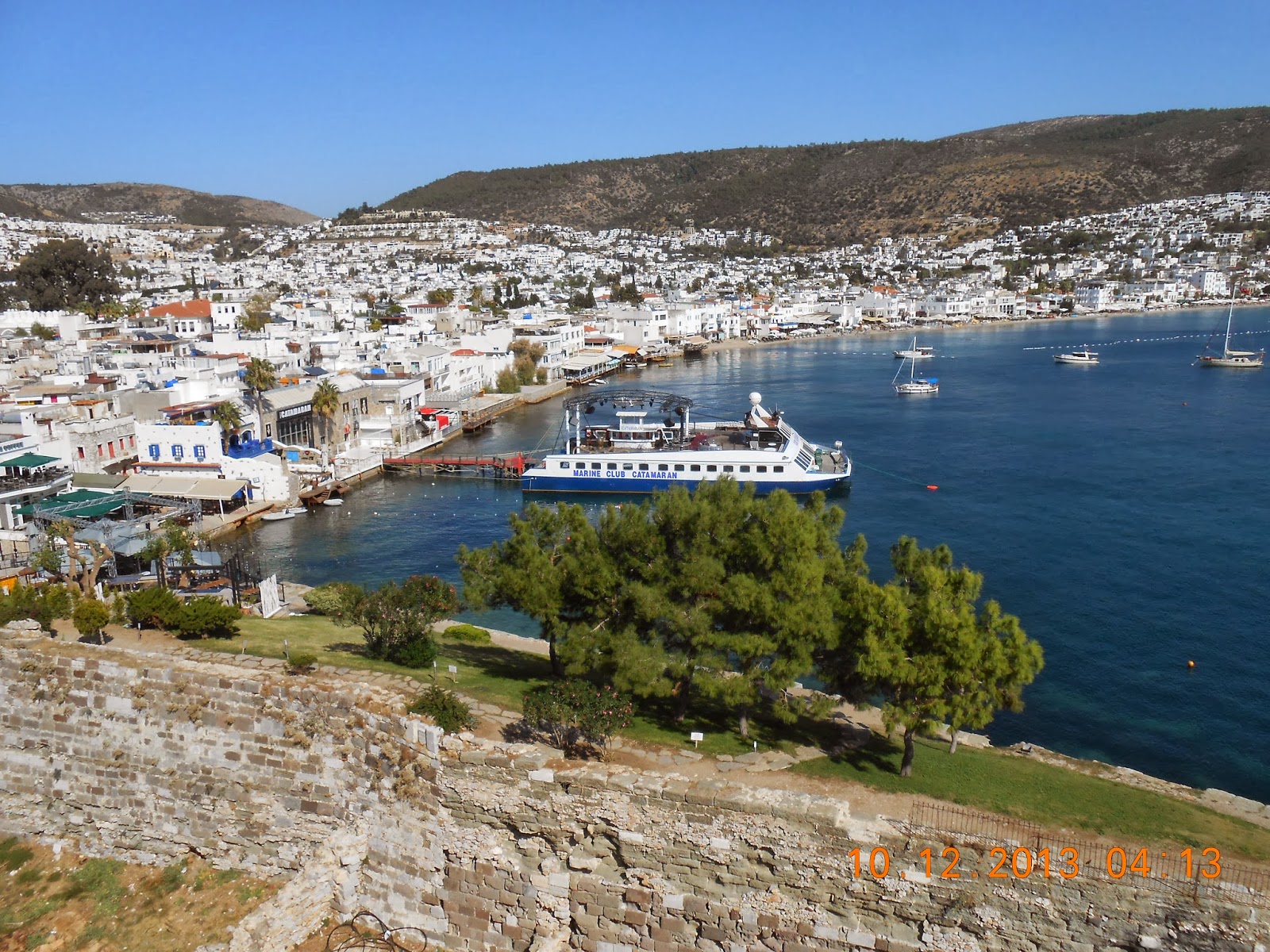 The port of Bodrum seen from the castle above town. 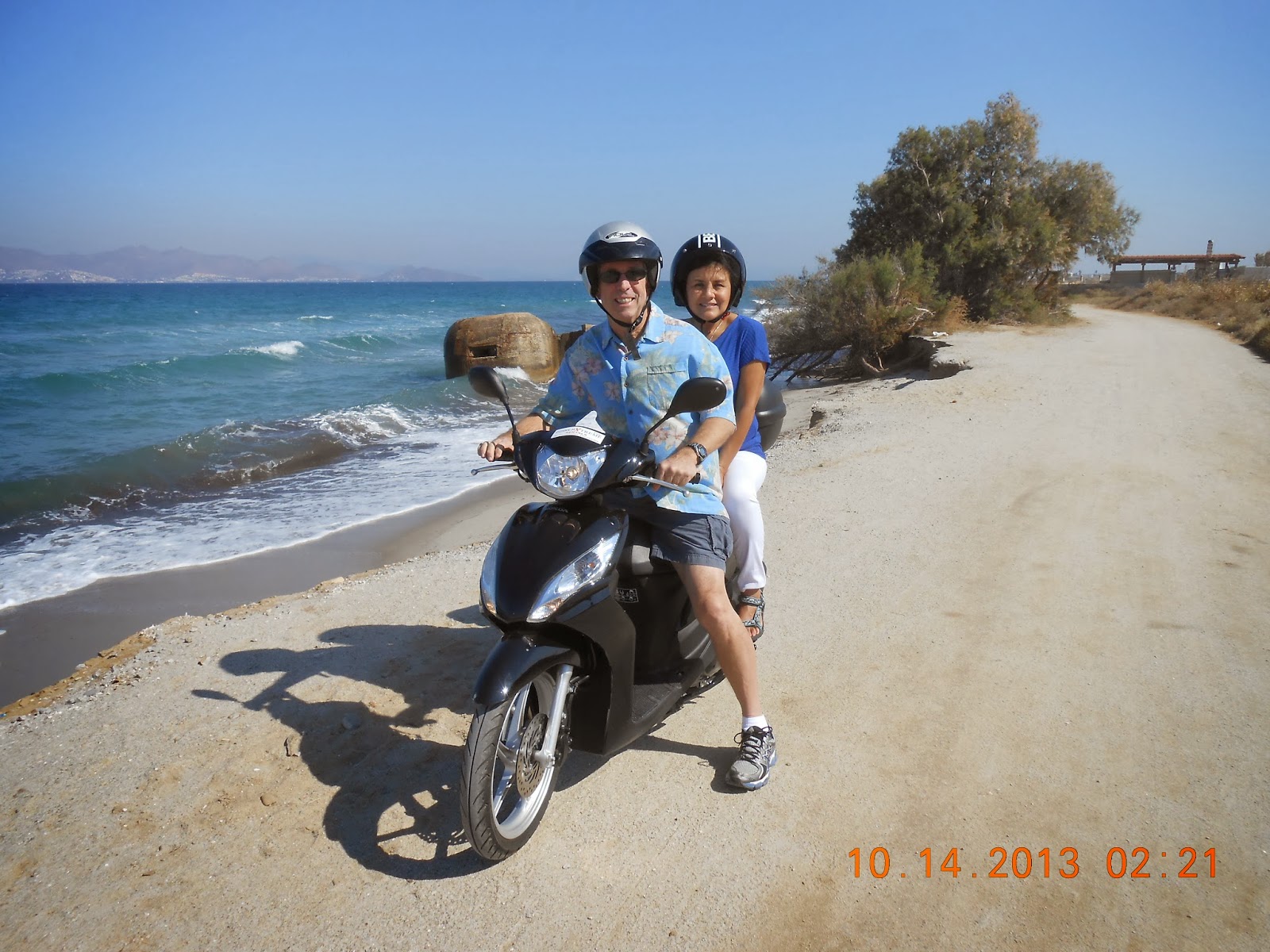 The Greek Island of Kos.


And this was amazing. We're pretty sure we saw Hercules swimming in the Aegean Sea. 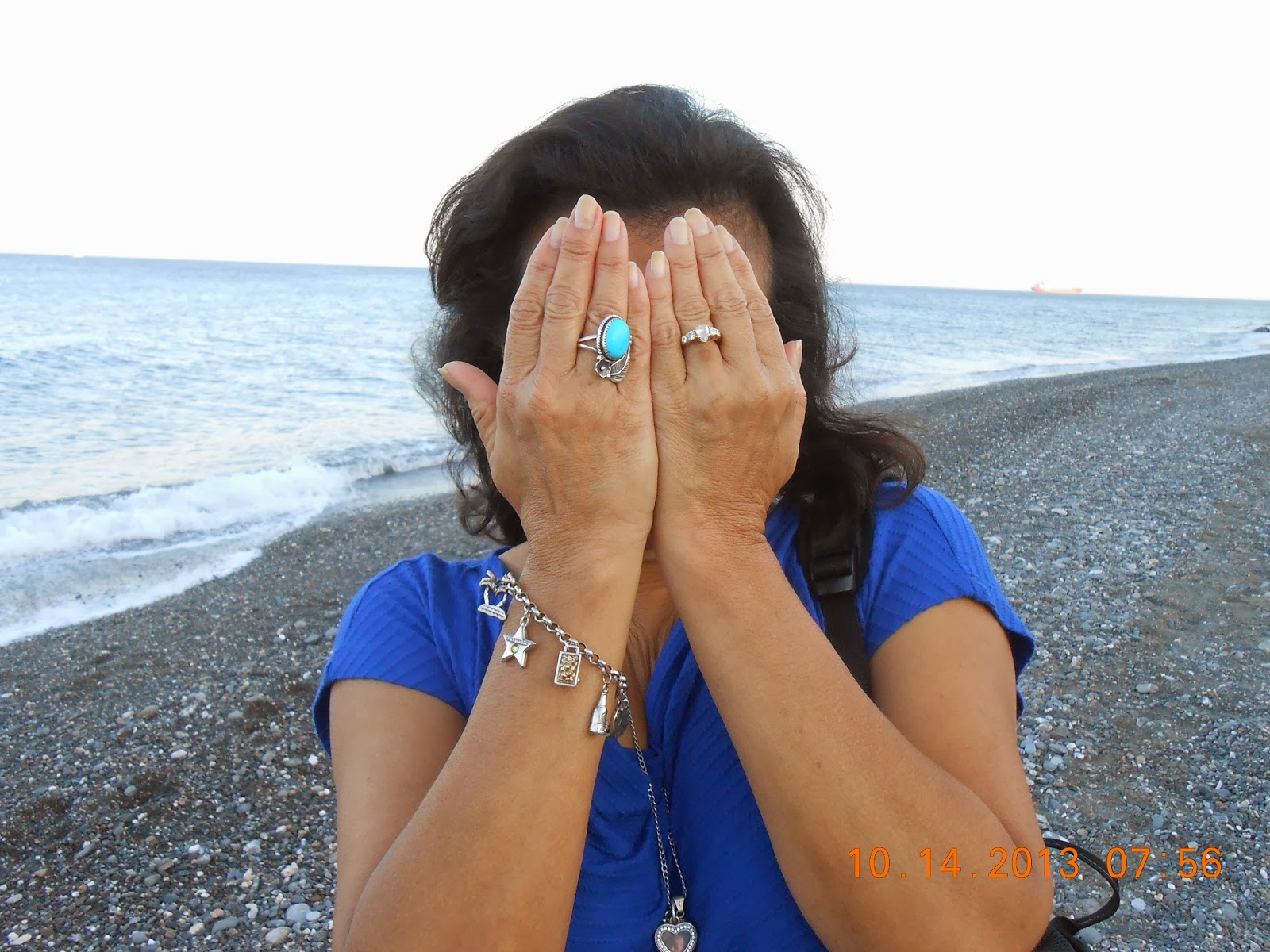 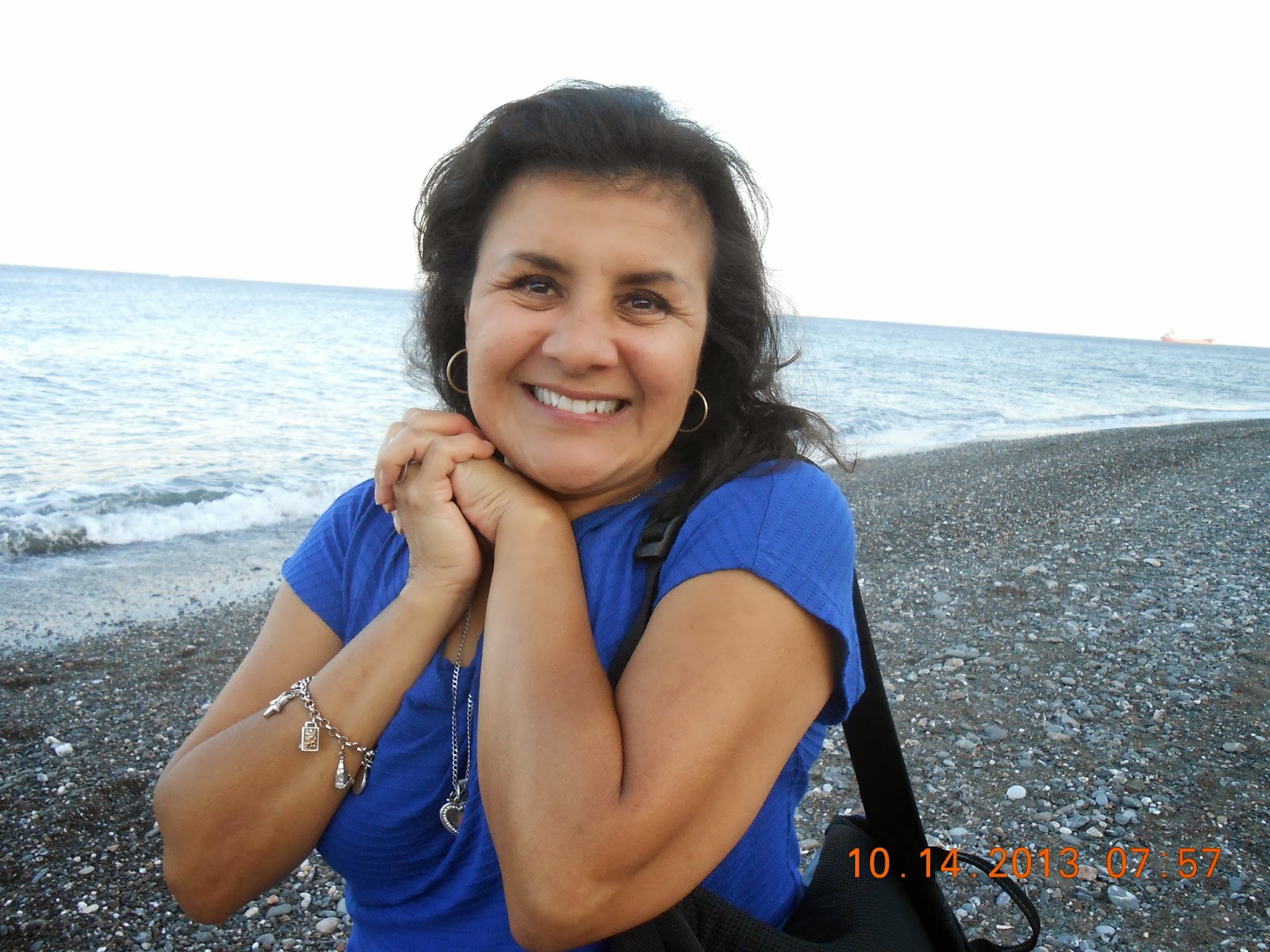 But she thought he was very handsome. 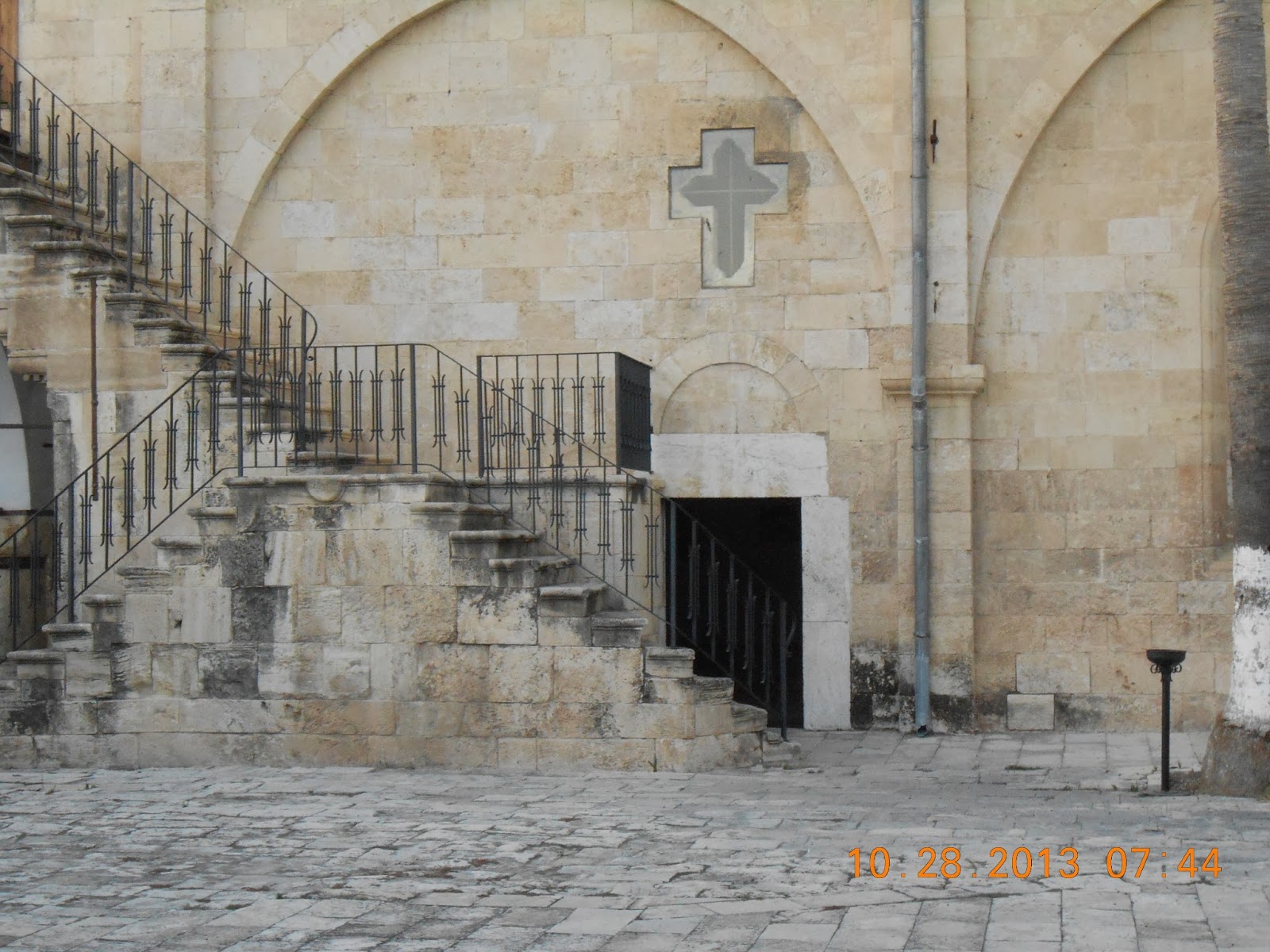 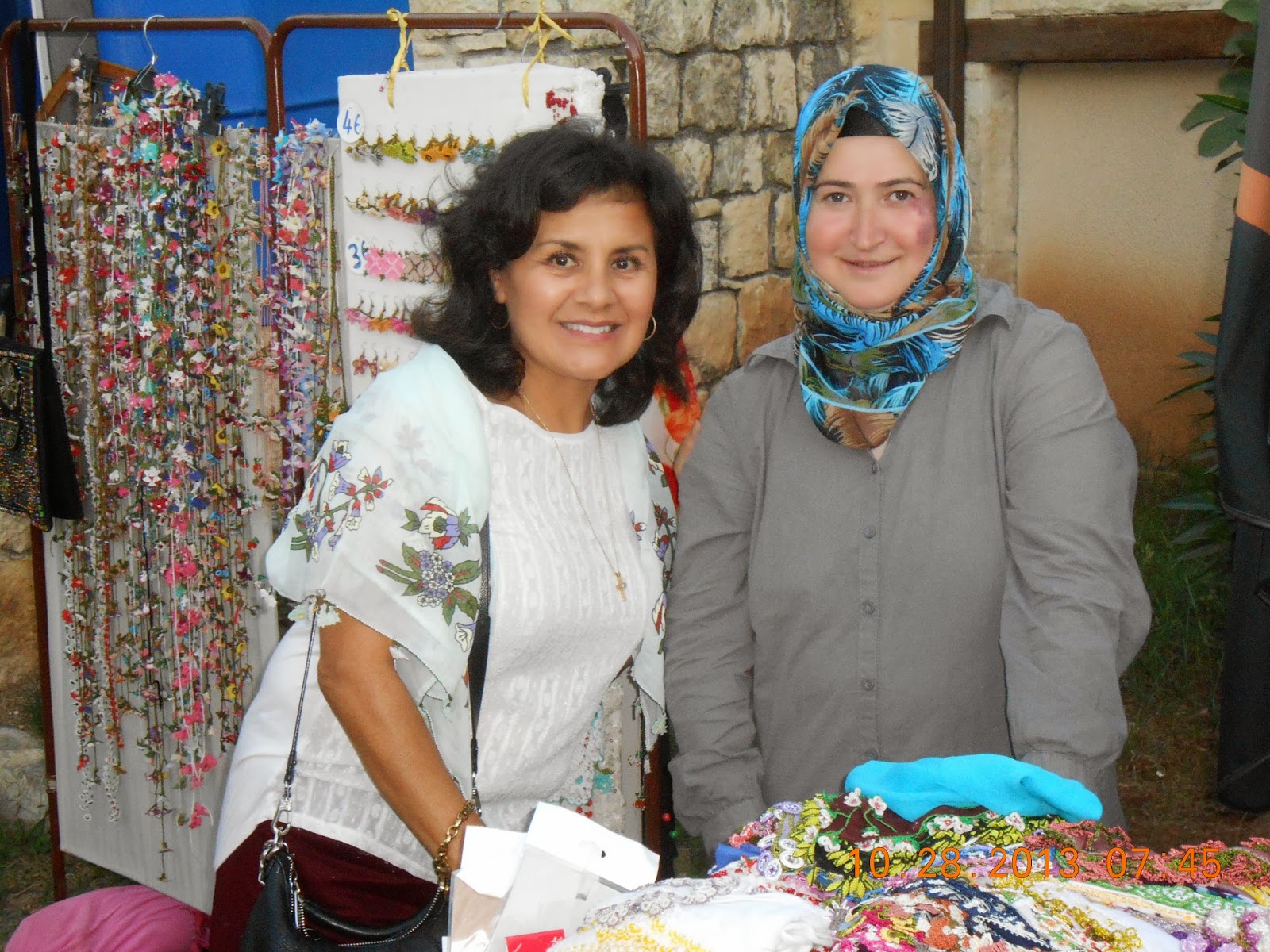 The lady with Christine sells Oya embroidery next to St. Paul's. It's hand made and very beautiful. The people of Turkey are very proud of it. Some Oya might even Show up in Camarillo around Christmas time. 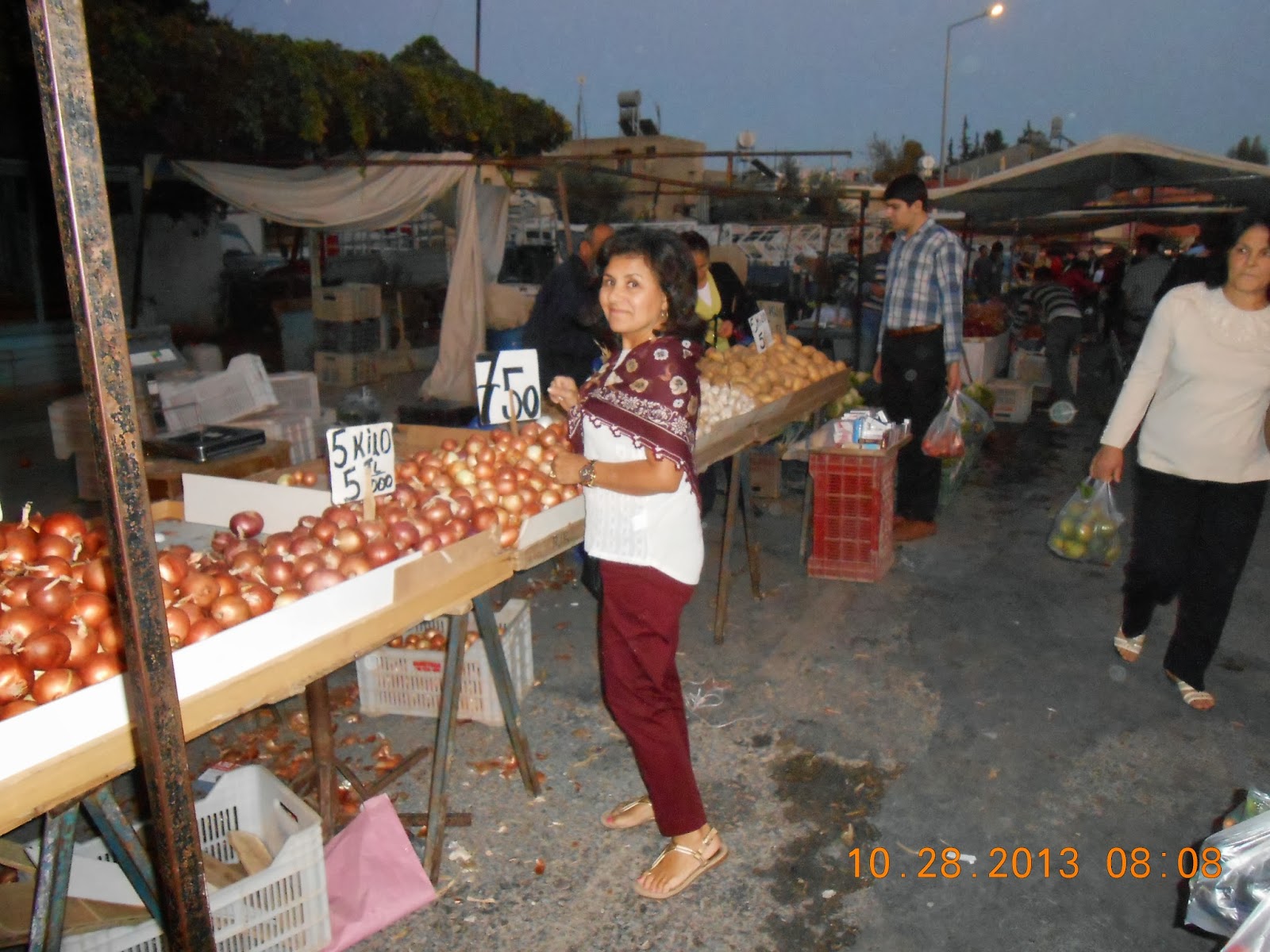 The Monday evening outdoor market, just around the corner from us. 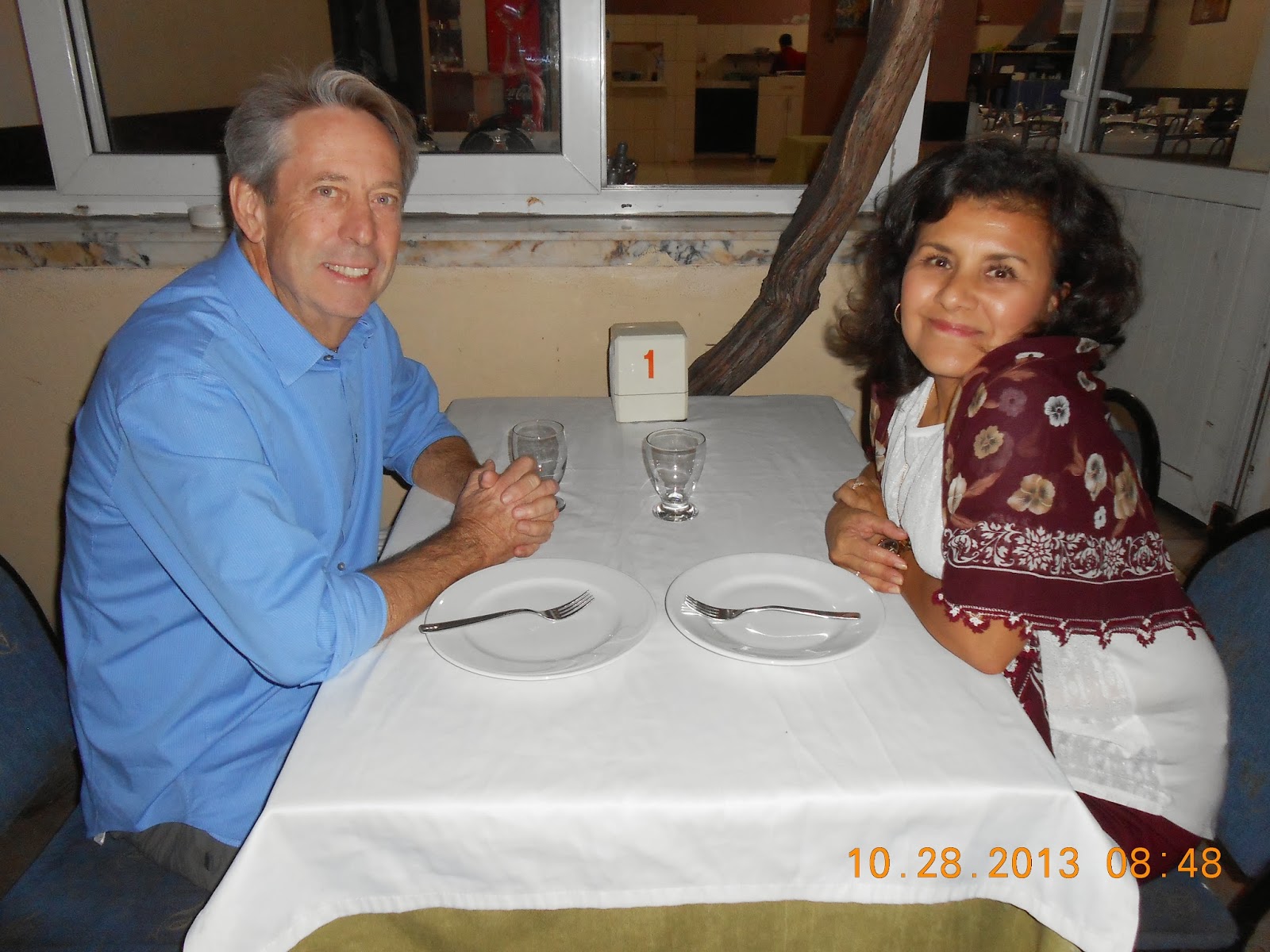 Our sincerest love to all of you. 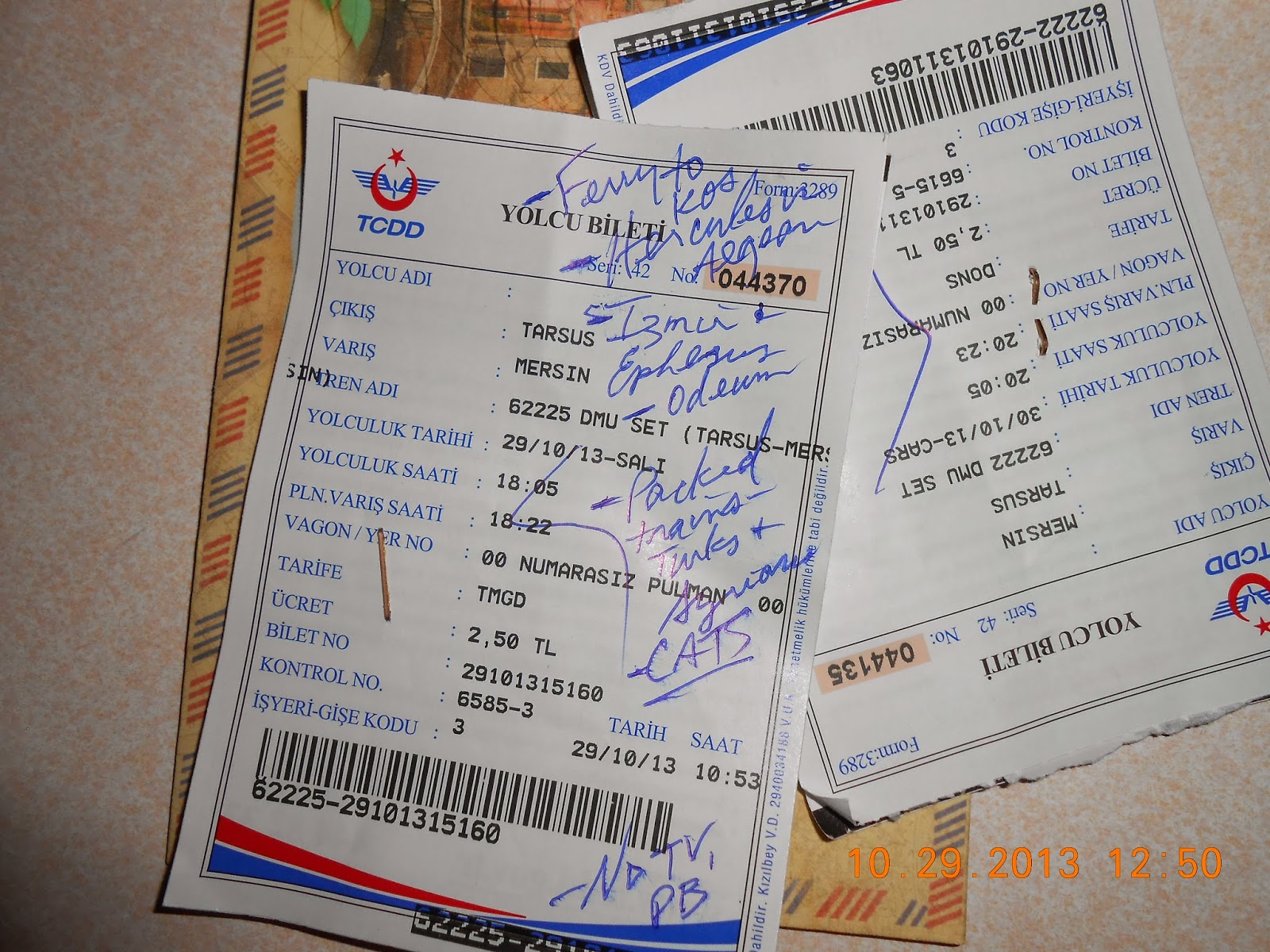 That's it for this edition of "Notes on a Turkish Train Pass." 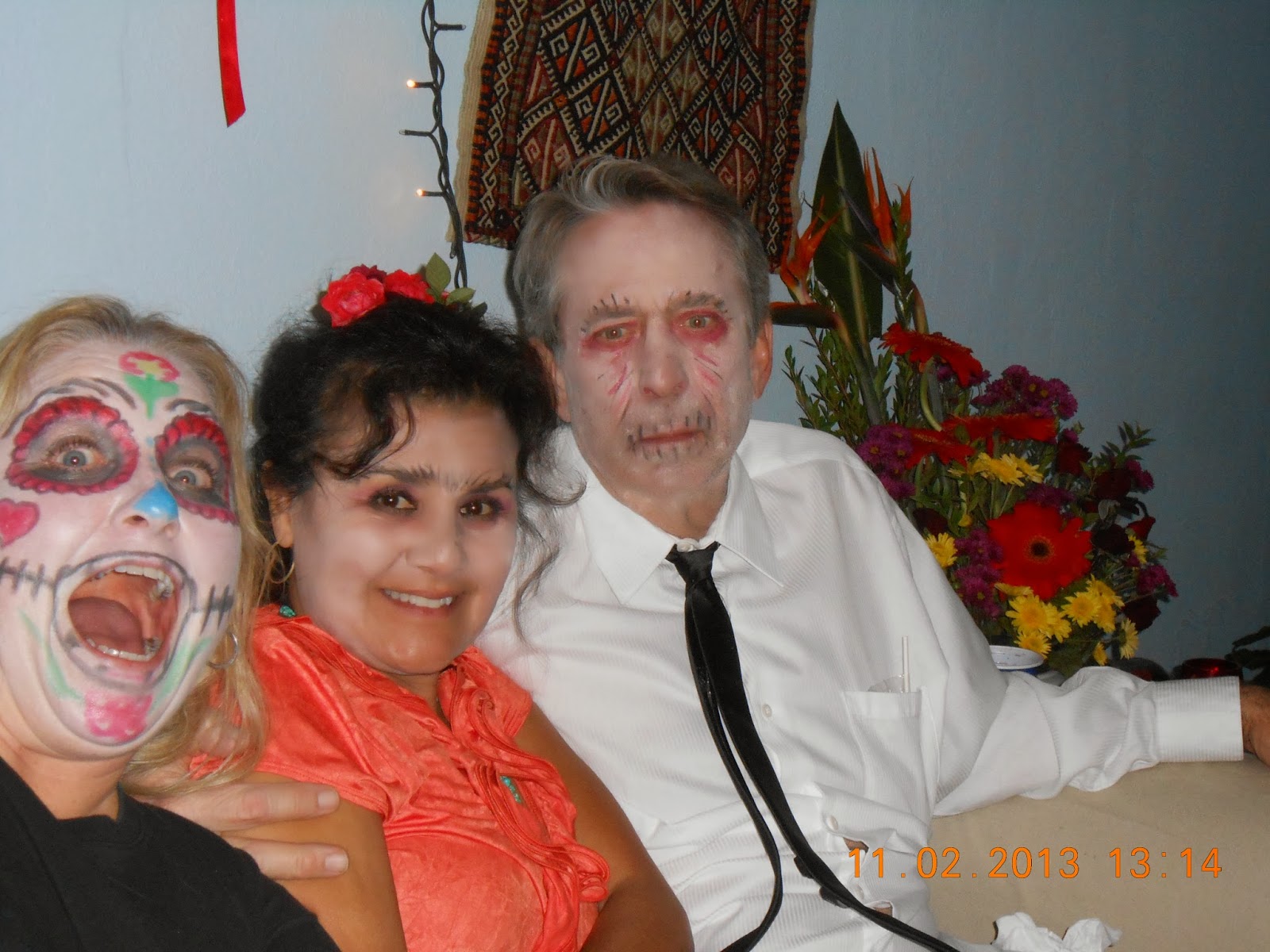 And a belated Happy Halloween!